“Does not the very word ‘creative’ mean to build, to initiate, to give out, to act - rather than to be acted upon, to be subjective? Living photography is positive in its approach, it sings a song of life - not death.” 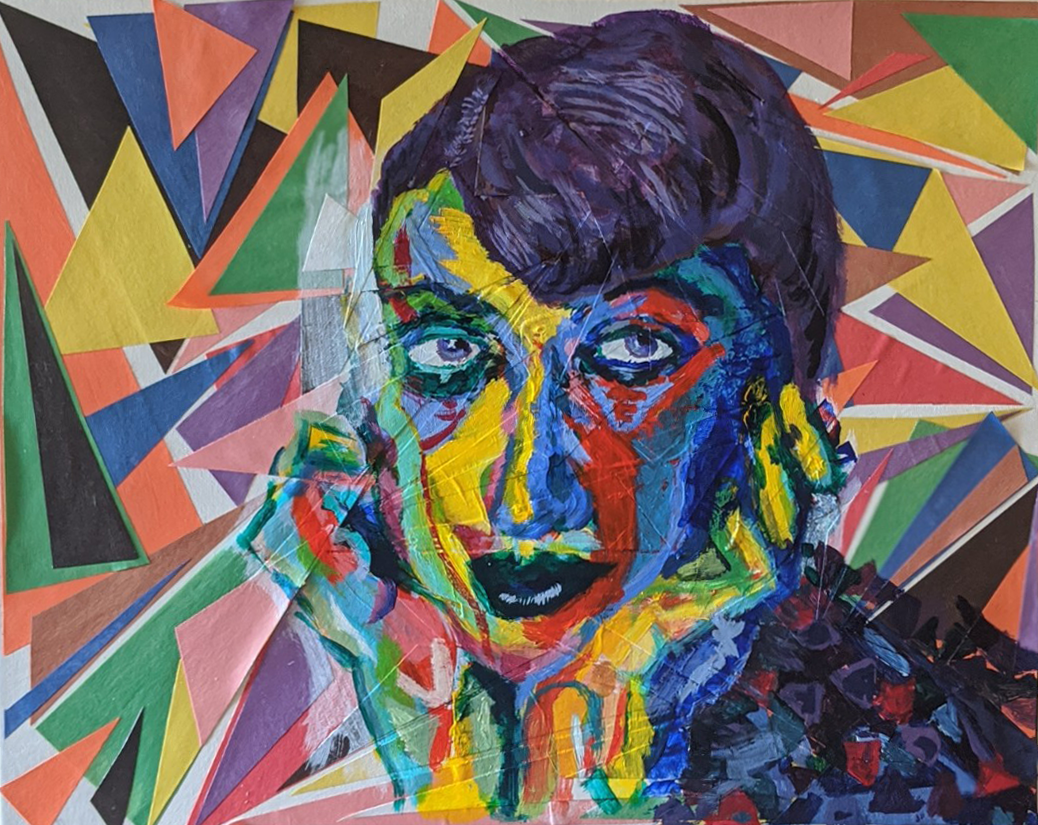 I don’t feel like I really understand photography. In 2020, its everywhere you look. Every feed at my desk and in my pocket is full of high definition pictures, static and moving. I don’t think of myself a photographer and yet I snap at least a few every day. With so many photo ops, It feels like a good picture is simply a matter of happenstance, you know, finger on the button at the right place at the right time. I feel kind of jaded about it… and then someone comes along and knocks me on my ass.

Berenice Abbott is one of those photographers.

When it comes to city living, Abbott’s photos have a place in almost everyone’s imagination. Even if you’ve never heard her name, chances are you’ve seen her photos, and even then, if those cityscapes or portraits were completely new to you, I would guess that there is some sort of familiarity in her work. 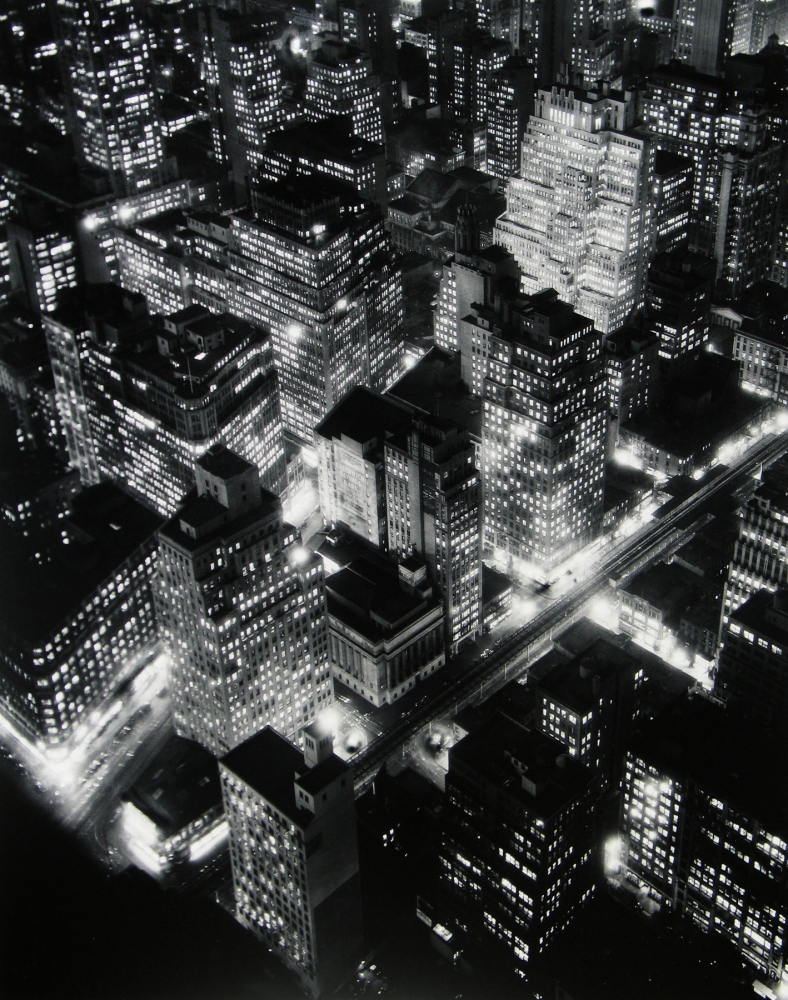 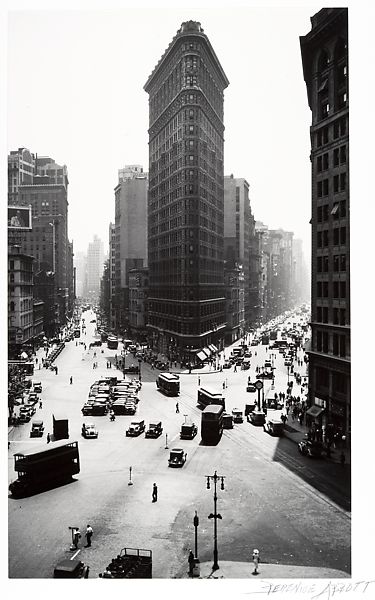 “The more you do, the more you realize there is to do, what a vast object the metropolis is, and how the work of photographing could go on forever.” a collection of Berenice Abbott’s cityscapes (As featured in the film above)

Studying Berenice Abbott has pulled me out of my jaded attitude towards photography. It is not about the photograph itself. Today, where there a more photos than there are blades of grass, the photograph says more about the person behind the lens and the way that they see the world. It is not unlike the visual artist. In some ways, because photography has proliferated to the degree that it has, the photographer has become more expressionist than documentarian. With every inch of Earth documented by security camera’s, satellites and cell phones, at least, conceivably so, the individual’s selection of photos is an expression of their way of seeing. There is the photographed world of “reality” which is shared by everyone through maps and GPS and surveillance, and then there is the photographer’s comment on it.

Photography from document to expression: The photographer in Abbott’s time until now Abbott would have resisted this attitude in her time. She recognized the tension between document and expression in photography and saw her goal of maintaining objectivity as the great difficulty in her work.

“The challenge for me has first been to see things as they are, whether a portrait, a city street, or a bouncing ball. In a word, I have tried to be objective.” -Berenice Abbott

For Abbott, objectivity is something that the photographer works toward. The photographer is not inherently scientific just because they point their lens at real life. To be sure, operating the camera in Abbott’s time was far more involved than the touch screens of today. However, the pursuit of objectivity has another battle to fight with technology in 2020.

Not only is there the aforementioned network of photographs, marshaled by (ideally) objective machines, in maps, GPS, and social networks, among other things, these digital observers have the ability to maintain these photos indefinitely, this creates a shared history. To sum it up, a sort of passive documentation has been left to the more objectively abled machines. This gives the individual who photographs more artistic authority and less scientific. That is, the person behind the lens is more apparent than ever and so are their choices.

“Photography doesn’t teach you to express your emotions; it teaches you how to see.” Berenice Abbott

Perhaps Abbott’s photos remain powerful because she understood photography so intimately. There seems to be an objectivity inherent in photos, if we take her statement to be true, a photographer (who strives or objectivity) shows a body of work that communicates the way that they see the world, good and bad and in between, not how they feel about those things. 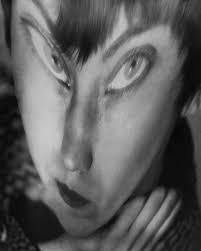 Self Portrait by Berenice Abbott

It is not hard to imagine the photographer that only takes aesthetically pleasing pictures. Or happy pictures. Or sad pictures. Or shocking pictures. Or Pornographic pictures. What separates all of those photographers from the ‘objective’ photographer is their narrowness, they do not probe and in Abbott’s words, are not “honest” photographs. Abbott’s objective photographer looks different today than he or she did in her time. Though she is the progenitor of the modern objective photographer, her objectivity relates to the shared network of science, where photographers and scientists alike sought to reveal and understand the “real” world with objective documentation. Abbott was vocal about this point. However, today’s objective photographer works in the shared network as recorded and reproduced by machines, a world where what can be seen is easily accessed and revealed. In this network, the photographer’s role as artist is far more expansive than his or her role as scientist or documentarian. Those roles are continuously expanding and shrinking. Today even the authority of the most scientifically rigorous documentary is challenged due to political affiliations, deep fakes, and other illusions that have the ability to influence the naked eye.

“Let us first say what photography is not. A photograph is not a painting, a poem, a symphony, a dance. It is not just a pretty picture, not an exercise in contortionist techniques and sheer print quality. It is or should be a significant document, a penetrating statement, which can be described in a very simple term-selectivity.” -Berenice Abbott