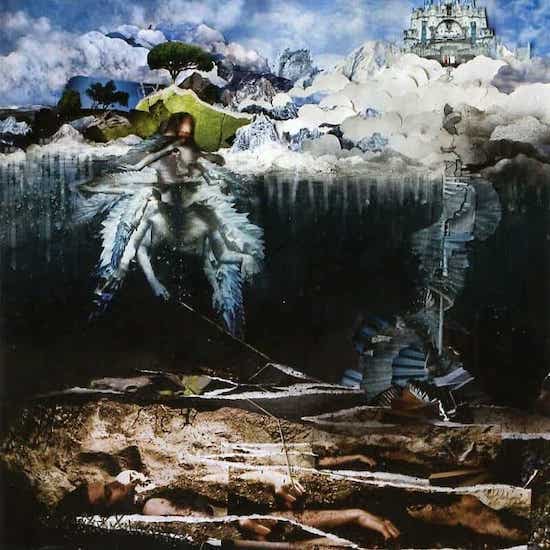 Dark/Light is one of the most affecting songs written in the last 30 years, but I don’t know anyone who has ever heard it. Despite John Frusciante’s career creatively leading one of history’s greatest rock and roll bands, few have followed his solo work. It’s a worthwhile rabbit hole to fall down.

My close friend took a chance on Shadows Collide with People in the early 00’s and its been a mainstay ever since.

Frusciante songs ranges from some of the catchiest, adrenaline inducing guitar work around to hideous, outright challenging howls. If nothing else its interesting, and if you’re a curious type of music listener there is so much to discover. Still, even in his most easy listening pop songs, there is an eeriness to his work. To me, this is the hallmark of his style- Technically impressive but never at all straightforward and when it is, things are just slightly off.

On my first trek across the US, one of my co-travelers made us listen to this song literally every time we started the car.

Fresh and unpredictable, not one of John Frusciante’s songs could be called merely ‘generic’. Some of his best work take musical tropes and endows them his off center style.

Shelf, one of Frusiciante’s weirder and more experimental pieces starts out a-tonal, messy and disorganized and then slowly evolves into a catchy pop tune. Its breakout from abstract expression into coherence inspires with every listen.

I am singling out Dark/Light because it stirs me so deeply: it is like a vivid memory or dream tinged in the most serious cinematic light. Today, it reminds me of my closest friends and family no longer with us, but before there were people to mourn, the imagery it inspired was shadowy and profound, loving and mysterious. Classical music moves this way.

Eight and a half minutes of powerhouse. An EP unto itself. True to the form suggested by its title, the song starts from the boughs of a pitying darkness and then ascends to somewhere bright. Placed next to each other the transition feels like a kind of transcendence, it overwhelms. The rest of the song is four and a half minutes of Frusciante guitar meets gospel chant. Chopped up and edited here and there, the groove of a bass line brings it together. (Yes, I love this song but four minutes of anything in a song is way too much if you ask me.) The gospel influence gives it a certain majesty that some will find successfully dramatic or just plain corny. Hauntingly catchy, loving though sorrowful with every lyric, the song has the same fanciful highs and painful lows as unrequited love.

I always preferred John Frusciante’s solo discography to the Red Hot Chili Pepper’s. To be sure, each band appeals to a different kind of listener. Taken together they compliment each other. The fact that Frusciante does both is a testament to a rare talent.